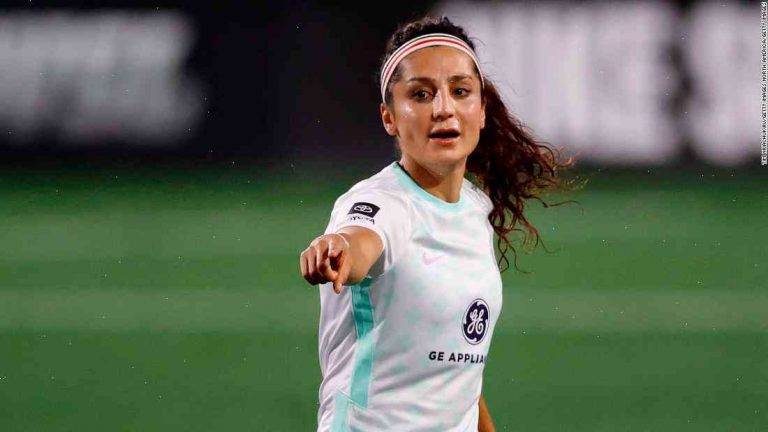 The war in Afghanistan has ended but women’s football, already banned by the Taliban, continues. With the Taliban now gone, Nadia Nadim is doing what she can to help women progress in the country.

Nadia Nadim is a Canadian with Afghan roots who now lives in Afghanistan.

In 2014, she founded the Football Without Borders project with the aim of empowering women in Afghanistan through both women’s football and mentorship programs. She has been there since 2009.

“There’s a lot of work being done, but it is not a priority,” says Nadim about the impact of war on women’s lives. “When women are allowed to participate as players, that’s huge.”

It’s true for Nadim as she played for Team Canada in the 2016 FIFA U-20 Women’s World Cup in South Korea, a first for any woman representing the Canadian team at any level.

After the war, Nadim says many of women’s lives were upended and now she works with them to move forward.

On Tuesday, she was in Kabul meeting with women who have taken part in the Afghan Women’s Football Association (AWFA), of which Nadim was a founding member.

Nadia Nadim is a Canadian who lives in Afghanistan with a passion for women’s football. (Nadia Nadim)

A year into Afghanistan’s war, women are still banned from football – if they play at all.

When Nadim returned from Afghanistan in 2015 she was shocked to discover there was no women’s league in the country. She became involved with women’s football through the AWFA.

Bianca Andreescu apologises for her errors