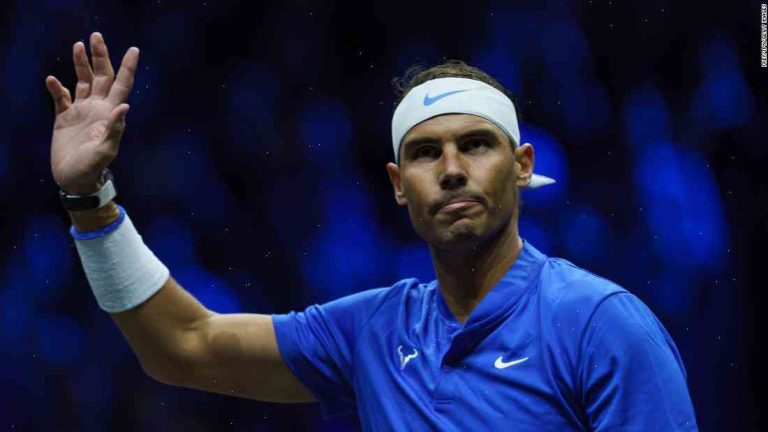 Rafael Nadal withdraws from Laver Cup due to ‘personal reasons’

Nadal, the current world number one, was due to make his first appearance at Indian Wells at the start of the week, but it was reported he had not travelled to the event.

It is said that the Spanish world number six was ‘unable’ to complete his participation in the event, and that he had to withdraw because of a ‘family problem’ that needed his ‘attention’.

The 21-year-old, who will turn 22 in December, has entered into a three-year deal with the tournament, which is due to meet on 17 January.

According to the Laver Cup website, a statement on their official Facebook page, Nadal is ‘pursuing the right to a family-friendly environment at the 2015 edition of the Laver Cup’.

Nadal, who has not played in over three years, is thought to have been replaced by fellow Spaniard, Fernando Verdasco, who is currently ranked 10th in the world.

The Laver Cup website released a statement on their official Facebook page that said: ‘Due to personal reasons, the world no. 1 Rafael Nadal has decided not to participate in the Laver Cup.’

The tournament is due to be held in Indian Wells from the 17 January.

Nadal’s withdrawal from the tournament was first reported by the tennis website, Tennis Insider, and has since since been confirmed by the event’s organisers.

The Laver Cup are believed to have also announced that a replacement is set to be announced later today, but there has been no word on an exact replacement.

The Laver Cup website’s statement read: ‘Due to personal reasons and in line with the new rules in place, the first round will be cancelled and the draw will be made on Wednesday