World No. 1 Iga Swiatek comes from behind to defeat Jule Niemeier, advancing to US Open quarterfinals, 6-4, 7-6 (7-3). Iga Swiatek had been on a tear, winning five of her seven matches, but… 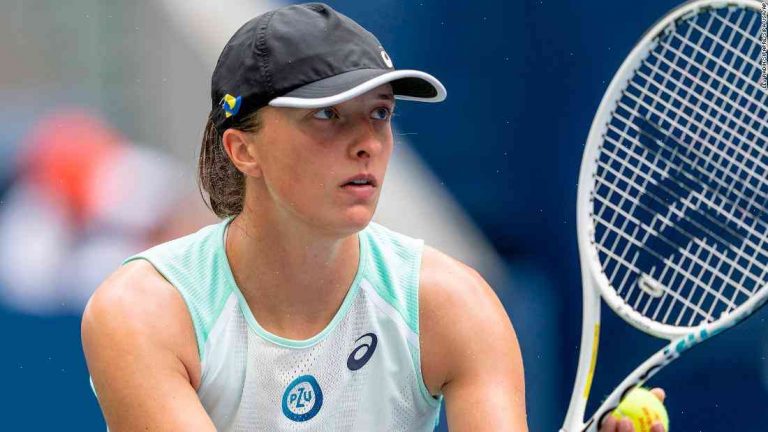 Iga Swiatek had been on a tear, winning five of her seven matches, but Jules Niemeier’s big serve served as a wake-up call. She served for the match and, with a forehand, took the second game, but Swiatek pulled back a break in the next game and served the match out.

Swiatek won the first set with ease, 6-2. In the second she also served it out.

She didn’t let up. In the third, she broke Niemeier after leading 5-2, and in the fourth, after leading 3-1, she served the set out.

“I didn’t think she was physically there,” said Swiatek, who won the U.S. Open title here last year, and beat Niemeier in a playoff here in 2010. “It was hard, but I knew it would be a long day. I’ve just got to enjoy it. It’s something I don’t want to let go of.”

Swiatek next faces Saina Nehwal. Their match is slated to start at 10:40 a.m. ET on Friday.