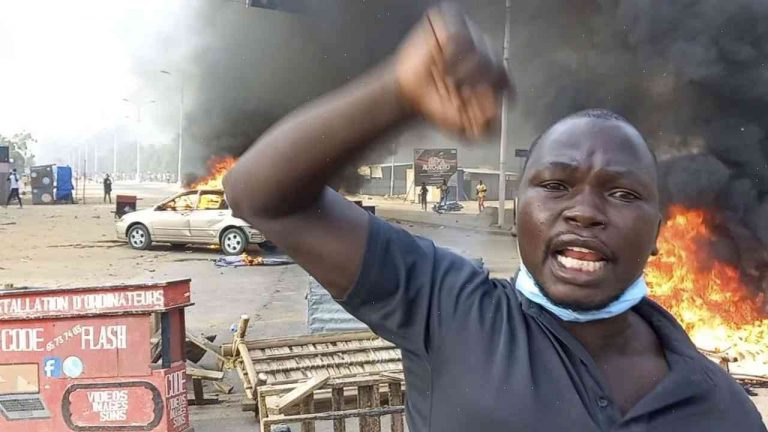 The leader of a breakaway faction of the rebel faction of the Libyan Islamic Fighting Group (LIFG) which has declared a rival capital accuses the protest organisers of the recent civilian deaths in Benghazi.

The man, Abu-Bakar al-Libi, made a brief appearance before a Tripoli court yesterday, where he pleaded not guilty to charges of violating the right to security of an assembly and for participating in an unlicensed protest. He was later released and has been given protection from the authorities for the next two months.

Libi was part of an anti-Bin-Sheikh force sent by the rebel leader to Benghazi, which he says was involved in the unrest which has since claimed more than 40 civilians.

Despite the claim, the Tripoli court has yet to hear any evidence to back up the claim and has not found Libi guilty of any wrongdoing. His only defence was a claim he was acting on behalf of the LIFG.

On his arrival in Tripoli, he reportedly told journalists: “I am neither associated with al-Qaeda nor with the LIFG of the former [Qadhaif] centre, nor am I associated with anyone else. I am just an activist in the service of the Libyan revolution who is against foreign interventions and injustice.

“I am a journalist, a human rights activist and a human rights lawyer. I am a member of the General Union of Libyan Writers. I am from the Nafusa district [in Tripoli]. I was not associated with any political faction nor with al-Qaeda.”

After his brief appearance in court, Libi is no doubt being treated as a prisoner by the authorities, being unable to enter a normal political scene with the country’s various rebel factions and rival administrations. Libi is likely to have been taken into custody with the other detainees and is also being protected.

The LIFG has never taken responsibility for the Benghazi deaths and had been accused of links to Al Qaeda.

On Monday, the leader of the LIFG said people had been killed by Libyan security forces and said protesters were “targeted by the regime”.