The Ontario government has given Maggie an ultimatum: the disabled teen can lose her funding or her independence and be forced to wear a bra. Now there is nothing Maggie Davis, the teenage girl… 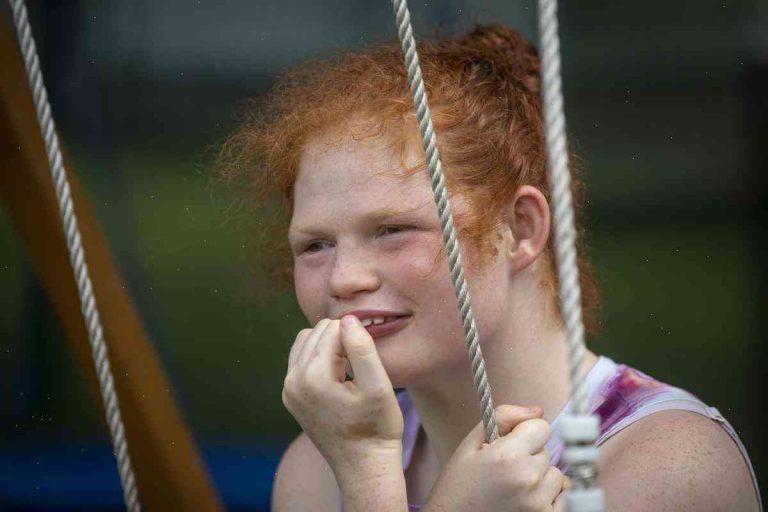 The Ontario government has given Maggie an ultimatum: the disabled teen can lose her funding or her independence and be forced to wear a bra. Now there is nothing Maggie Davis, the teenage girl in Ontario, can do but beg and plead her way out. The government has issued a notice to parents, who must provide a “reasonable” accommodation for Maggie to attend school. To do that, they must agree to provide her with a bra, a back brace and an anklebrace. A note from the school principal says: “It is absolutely unacceptable that the government of Ontario would choose to give an opportunity for an individual to participate in a voluntary program and then use that opportunity in a discriminatory manner.”

Maggie’s father is an unemployed single father who supports her full-time and has already asked for a modification to the dress code that will make it nearly impossible for Maggie to use the back brace. He said today: “I have no doubt that this was done with malice. It was done because they are very bigoted. And I am very disappointed that they were so intolerant.” Ontario Education Minister Laurel Broten told CTV Toronto: “I believe it’s really important that we do things in the spirit of inclusion, and make sure that all our students are treated with respect,” she said. “And we are determined to ensure that happens.” The decision to deny her the bra, back brace and ankle brace has been described as a “tragedy” by the family’s lawyer. The family’s lawyer, John MacInnes, said: “To give an education opportunity to someone who has serious physical and learning disabilities, and then to deny that opportunity based on the colour of their skin or their religion or culture, it is a tragedy.” “This is discrimination.”

There are very few places in the world where kids with disabilities are considered equals. We are in an era where people want to be able to believe that people like me and my child are second-class citizens because we are disabled. It is not a joke. I am very, very, very, very angry and I am trying to figure out how else to get the message out.

Maggie Davis in Ontario, the teen girl who was denied the benefit of her choice.

It was Maggie’s story that had the news media and the public talking.

She is a “typical high-achieving girl”,