Meet the man who introduced blind football to Uganda In 1962, the newly formed Uganda Football Association (UFA) met for the first time in a hall in Kasese, south of Kampala. The UFA was… 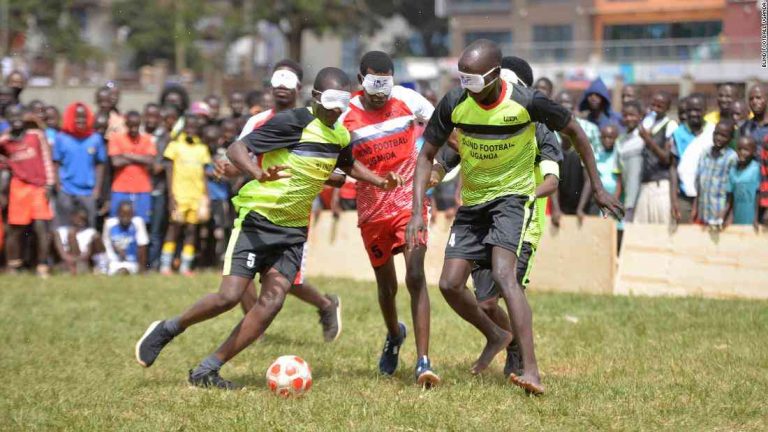 Meet the man who introduced blind football to Uganda

In 1962, the newly formed Uganda Football Association (UFA) met for the first time in a hall in Kasese, south of Kampala.

The UFA was a mixture of amateur players, old school friends drawn together by a common dream, and players who were forced to leave their clubs after the football association decided an amalgamation would be required.

“My mother saw a news item that said an association has been found in Britain to have football played by people with no eyes.”

That night, two players who were not in the club found their way into the hall to meet the officers to discuss their future. The players had seen their club sign up for football in Britain, only to find that it had to be stopped because of the “unhappy circumstances” of the blind football players.

“We met the UFA officials and decided to form our own association.”

After a quick discussion, the formation of the Ugandan Blind Football Association was decided upon – but this would not be a single club or association. The first president was Mr. Juma Dabagabo.

The two founders were former player, Mzee Ssemoa and Mr. Samo Samboza. In addition, the first secretary was Mr. Samboza and the first treasurer: Mr. Ssemoa.

The first president had to write a letter explaining to the British Football Association (BFA) that they were going to set up a football association, which led to the club getting a letter back that said “We are aware that blind football is currently being played in the UK, however, we feel your approach to the Association is not appreciated. Our own association has been established with a view to developing football being played by all persons with sight, and not just by the blind.”

A week after their meeting with the British authorities, an agreement was reached between the UFA and the BFA.

The two clubs, that were established, were the Uganda Vision Football Association (UV