Op-Ed: L.A.’s history of Latino-Black political conflict? It’s a curiously short tale The Los Angeles Times, March 11, 2018: The city was in the middle of its darkest days, plagued by crime and racial… 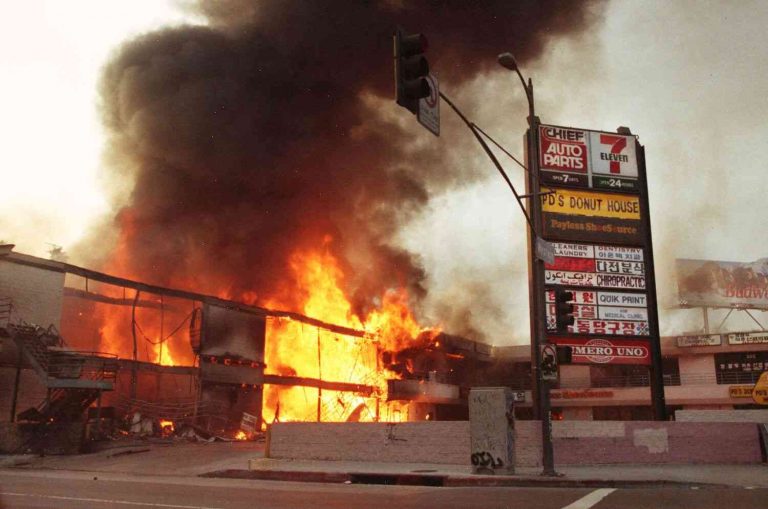 The city was in the middle of its darkest days, plagued by crime and racial tension. Now it has become one of the few places in America where all races can gather together in peace while still being part of the country’s rich tradition of minority rights.

In the 1970s and ’80s, Los Angeles became a crucible of interracial activism. The black community demanded that public housing — which had been segregated for decades — be integrated. And when that failed, it turned to the courts and the ballot box for help.

This series explores such changes in black and Latino Los Angeles.

The LAPD’s Black and Latino Affairs Division was instrumental in helping black and Latino voters turn the tables on the city’s entrenched political and social hierarchies.

On Sept. 21, 1971, it came up with a plan to address racial tensions between the races.

The decision to implement Operation Community Action was the brainchild of Lt. Samuel Deutsch, who at the time was in charge of the division’s Community Service Unit.

Deutsch and his squad, dubbed the Community Services Unit, were charged not only with keeping law and order, but also with trying to address the problems that Black and Latino communities were facing in the community.

The idea: Create a coalition of the races to work together to push for change. The plan was simple, and had been part of the LAPD’s strategy for years: Get a group of people together, solve their problems, get rid of the problem.

For Deutsch and his officers, the plan brought together a group of community leaders and community organizers with experience in solving civil rights issues. He made the group his own, recruiting them as a new unit called the Community Services Unit.

“That’s what motivated [Deutsch] when he joined the CSU,” said Bill Lee, a Los Angeles Times reporter who has written extensively on the history of the LAPD’s civil rights unit.