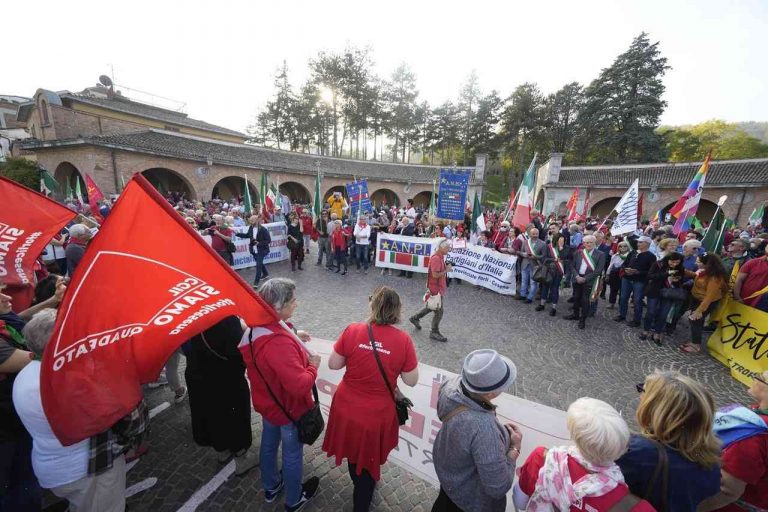 Police in Milan have used tear gas in recent weeks to disperse hundreds of anti-fascist demonstrators. The latest was an even larger rally on June 9 called by the Unione dei Sindacati Democratici Italiani (USDI), a neo-fascist youth group, which organised the rally.

The USDI and other fascist groups have taken over Italy by force, and some anti-fascists think it is a case of the “far right” getting the upper hand.

The far-right group, which had been banned from using political banners because their slogans included slogans against a range of social issues, including abortion, immigration and Islam, were allowed to march under the banner of the USDI.

The USDI leader and president, Alessio Gentili, said: “To be anti-fascist is to be a communist, but not a fascist. The only fascists are those who don’t want Italy to be a communist country after the fall of the Berlin Wall.”

The USDI march in Milan was organised just over a week before Italy’s elections due on Sunday, in which Silvio Berlusconi’s centre-right coalition is expected to win a resounding victory. The USDI’s support for Berlusconi, who has been criticised for a series of corruption scandals, is likely to further alienate anti-fascists, making them more likely to turn their backs on the movement.

The USDI has been organising fascist marches in Milan for several years. In April, the USDI organised an event called “the return of the fasces” where it handed out swastika and fascist flags, as well as a picture of Mussolini, to members of the public.

The Italian media has referred to the march as a “peace demonstration”, but the event was clearly