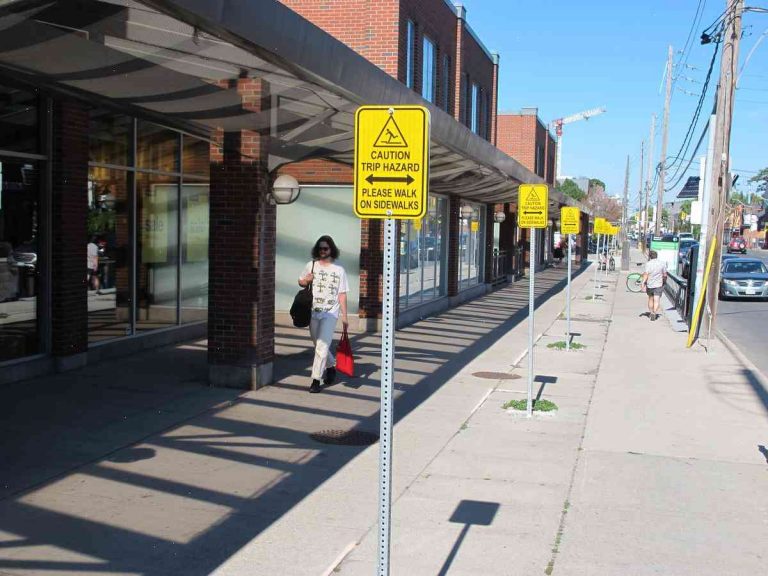 When 13 street trees in a row died, Loblaw removed them. What replaced them was ‘beyond ridiculous’, says Toronto councillor

This article is more than 2 years old

This article is more than 2 years old

At a public meeting on Monday night, council voted to eliminate street trees across the city. Council’s vote, which was 2-2, came on the heels of comments by Toronto city councillor Ana Bailao, who said the move came in response to “a few trees in a row” dying.

Bailao, who was the voice of reason when council cut the street trees that helped keep the city’s streets clear, said the trees will still get chopped down.

“Trying to be politically correct and save trees,” Bailao said, “that’s beyond ridiculous.”

Bailao’s comments were met with silence and an empty chair from the opposition as the discussion went from one tree or neighbourhood to the next.

The action represents a rare moment when the city’s elected officials – who are supposed to represent the people’s interests – have taken action against council’s tree-cutting agenda, which has been pushing forward for nearly a year.

The city’s tree plan is, by any reasonable measure, a failure. It is, in part, because that plan was introduced and voted upon in such a short period of time, and at the behest of a small group which is unwilling to admit their mistakes.

But in making the decision to cut street trees, the city ignored its own policy recommendations that it consult residents. In the words of a city spokesperson, Mayor John Tory and several city councillors thought the consultation process was “an unnecessary exercise”.

Although the city has been unable to identify a single street tree that would cause enough of a problem to trigger tree-cutting, the city has yet to release the results of the survey conducted last year.

How I Read for a Living