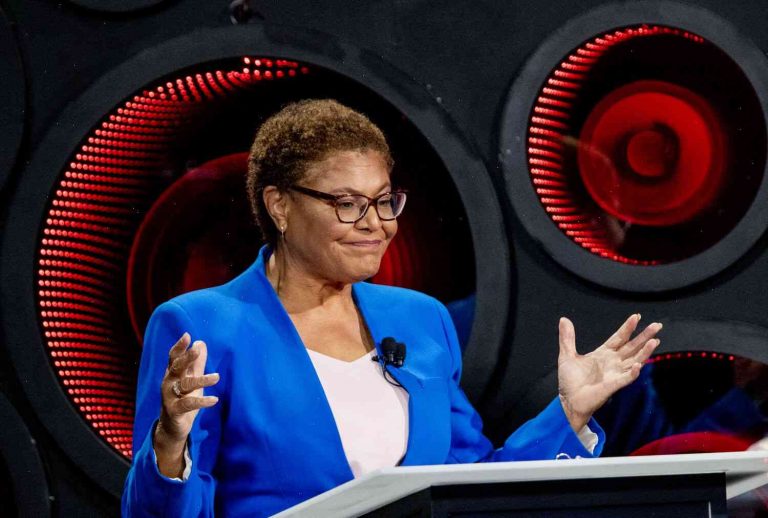 “I have known Mayor Garcetti for many years, but it’s because he was a friend, not because he is a perfect candidate,” McDonnell said in a statement. “So far, I’ve gotten what I have wanted to get: I get to elect him mayor of Los Angeles, the one man I believe is capable of making the right decisions for my children and my community. With our best interests at heart.”

Garcetti defeated businessman Eric Garcetti by a slim 1,000-vote margin in 2012 and, while his policies have been mixed or unpopular, he has remained popular with many voters, particularly in the L.A. Latino community.

In 2008, he ran for City Council and defeated the incumbent, John V. Lamping. He served on the city council until 2011, when he joined the Los Angeles Police Department, where he quickly rose to become an eight-time recipient of the department’s Meritorious Service Award.

In 2009, he announced he was running for mayor. He won the race by a whopping 790 votes. He later served several terms on the City Council and the Los Angeles Police Commission.

Bass, 52, is an attorney who has spent the bulk of her career in Democratic Party politics and political campaigns. She was the vice-president and campaign manager of the 2004 presidential campaign of Hillary Clinton.

LaBonge, 46, is an Orange County Councilman and former council member. He has served for two terms. Before his election to the City Council, he served for 14 years as a state assemblyman.

In 2010, he was appointed by then-Gov. Arnold Schwarzenegger to the state Public Safety Commission, where he served until his appointment as police chief in 2017.

Bass is a founding member of California Progress, a group of L.A. Democrats, some of them